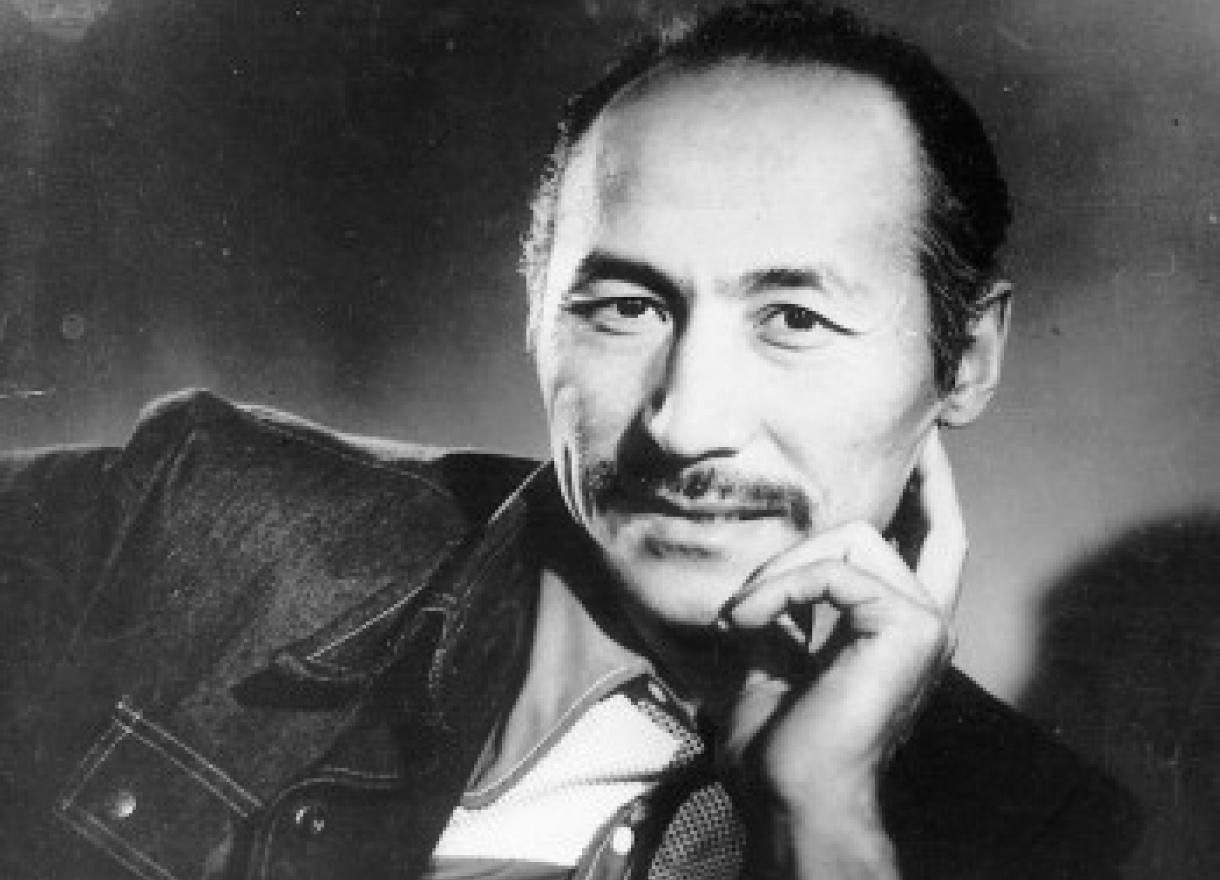 "Talented man is talented at everything that he does", says ancient expression. These words describe at their best Suimonkul Chokmorov, Kyrgyz actor and artist. His life was short, but he left a deep impact on the culture of Kyrgyzstan.

He gained wide fame when he started to appear in a variety of movies. His first role in a movie came when he was 27 years. 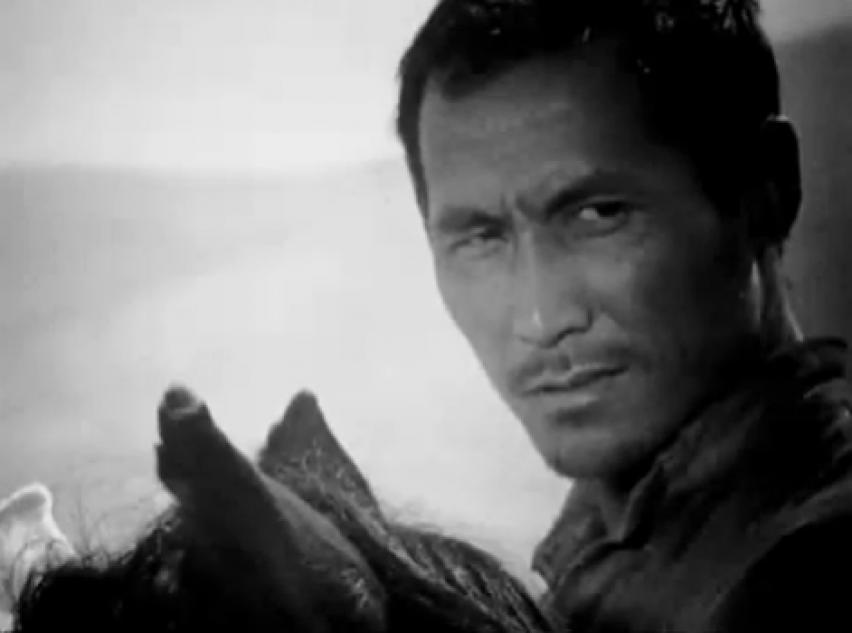 His first work was a leading role in a movie "Shot at Karash pass", that came out in 1969. 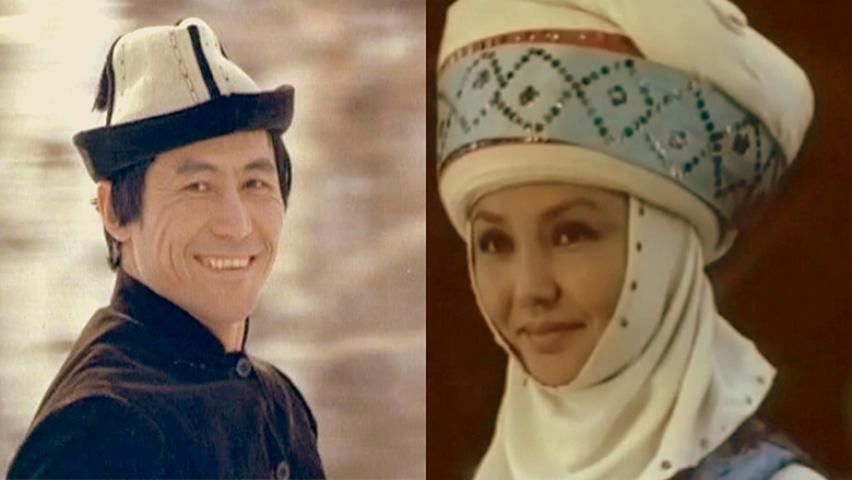 At the same year he played Daniyar at Irina Poplavskaya work "Djamilya", based on the original book of Chingiz Aitmatov. Chokmorov also participated in other three movies, that were also based on Aitmatov's works, "I - Tien-Shan", "Red Apple", "Early Birdies". 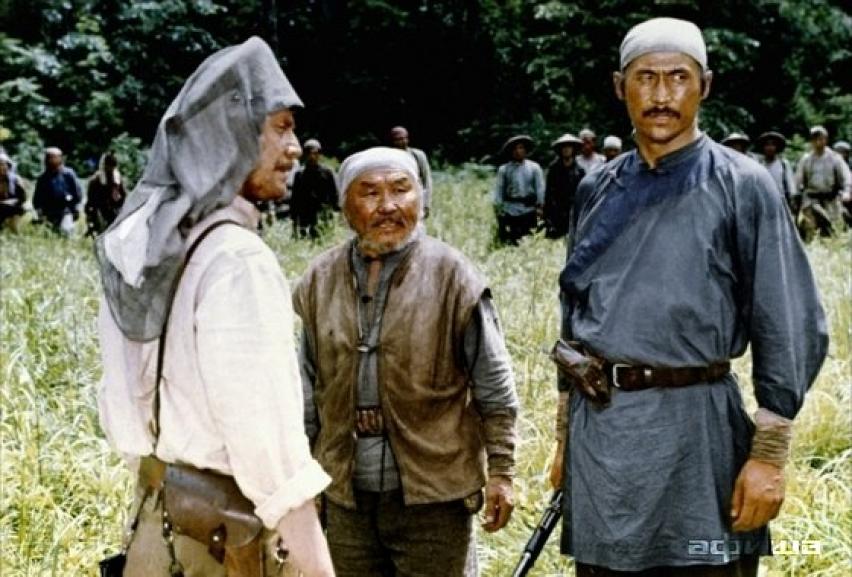 At movie called "Red Apple" Chokmorov played along with first beauty of  kyrgyz cinematograph - Tattybubu Tursunbaeva, and they played their roles brilliantly in a beautiful harmony. 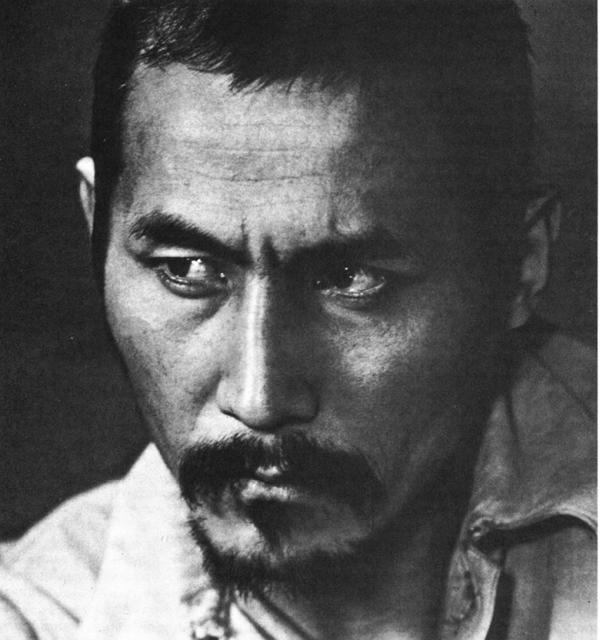 Also he played at Akira Kurasava movie "Dersu Uzala" role of Chzan Bao. This movie was awarded by Oscar as "Best foreign movie" in 1976. Kurasava invited Chokmorov to play in other movies, but unfortunately Chokmorov was unable to accept this offer because of his illness.

Chokmorov was one the brightest representatives of "kyrgyz miracle" - the rise of kyrgyz cinematograph. Furthermore Suimonkul is the only actor who was awarded with "Best man role" awards at such movies as "Scarlet flowers at the Issyk-Kul', "Furious", "Ulan" and "Men without women".

As a popular actor he was representing kyrgyz cinematography in Europe, Asia and Africa. 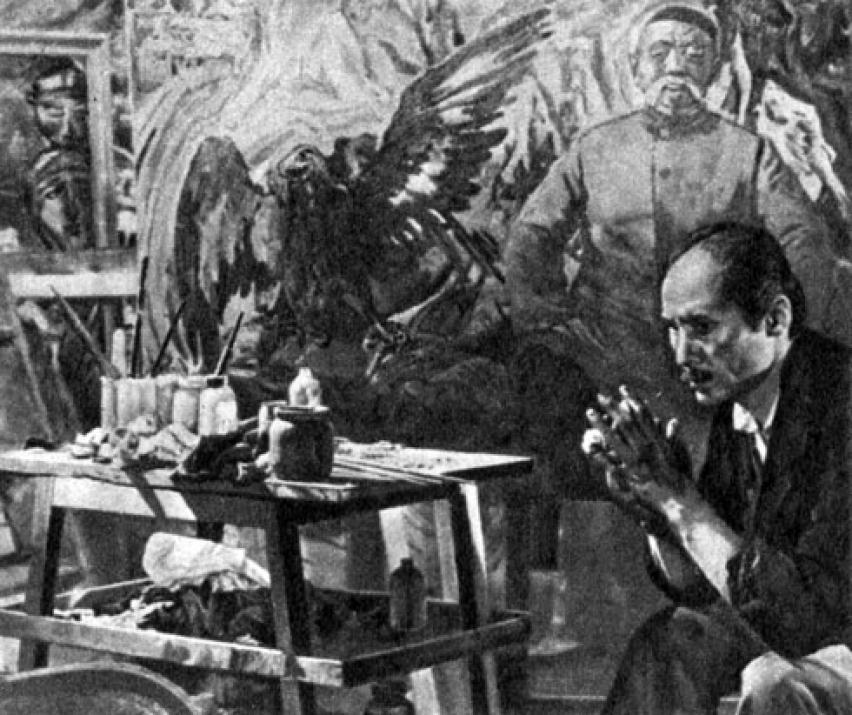 Another part of his legendary personality is fine arts. 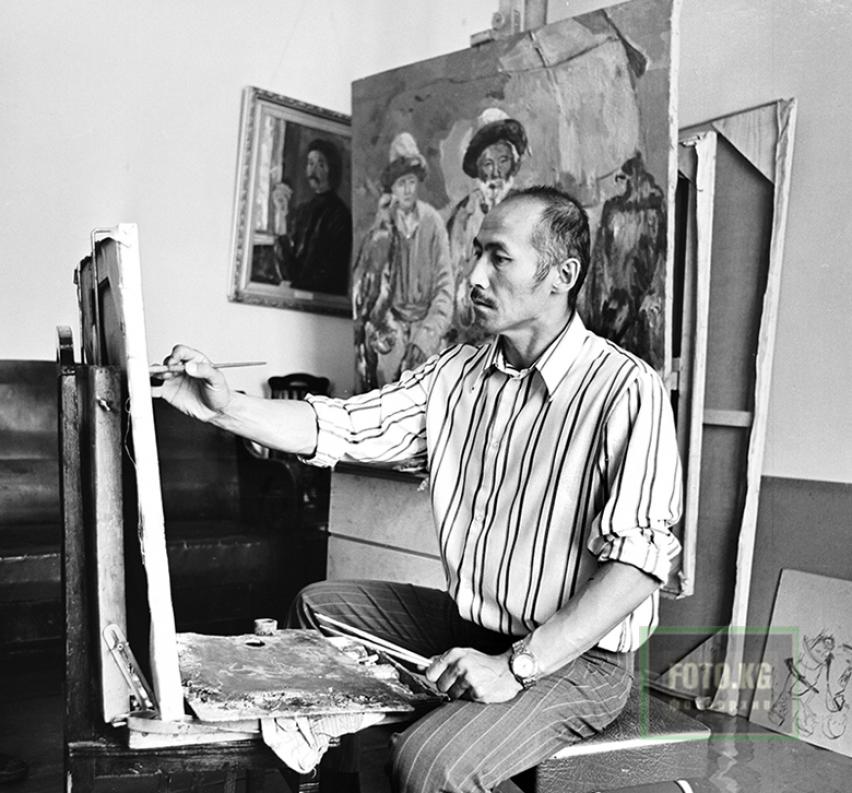 He was interested in drawing since he was a child, and after school he applied to Frunze academy of arts, where he met with his future wife - Salima Shabazova, and then they together applied to Leningrad academy of arts.

Since 1964 Chokmorov worked as a teacher of arts and composition at Frunze Academy of Arts. He was a very famous one, and in 1967 he finished his teacher's work nd fuly dedicated himself to movies and drawing. 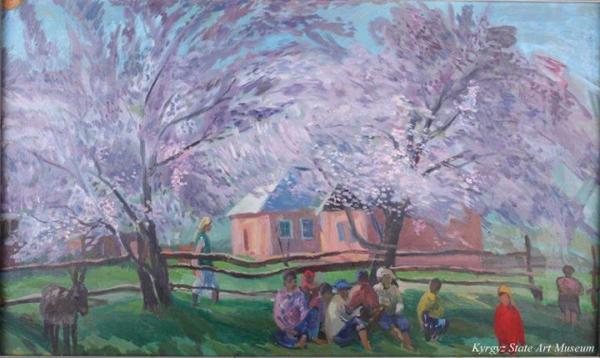 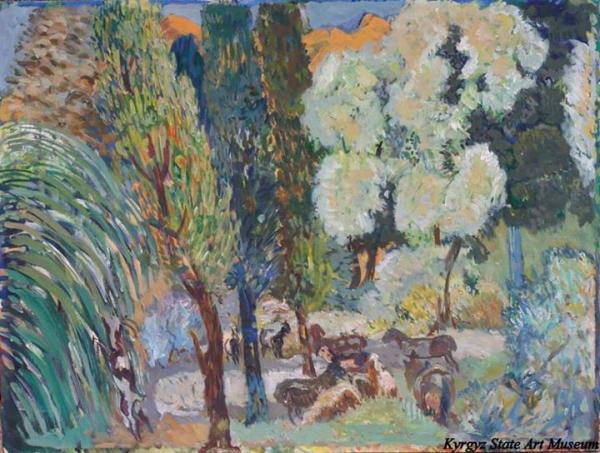 Chokmorov tried himself in a variety of drawing styles and techniques - naturemort, lanscaping, but his most favoutire one was portrait-making. 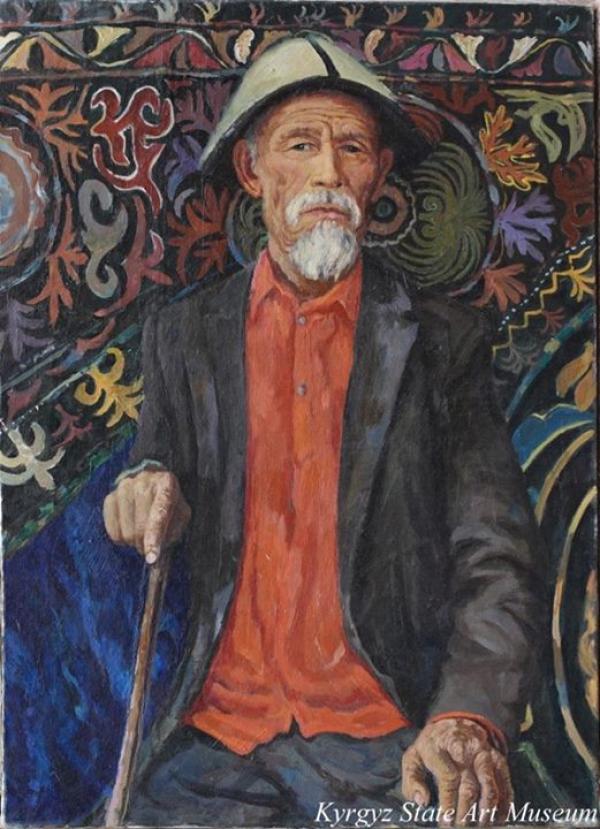 "Portrait of a veteran Sadybakasov"

He got his inspirations from very ordinary at first sight people. He traveled abroad often and worked with foreign artists, which cause great incluence on his perception of the world and his works: he wrote portraits of Kurasava, actor Tosio Mifune, Italian actress Monica Witti and many others. 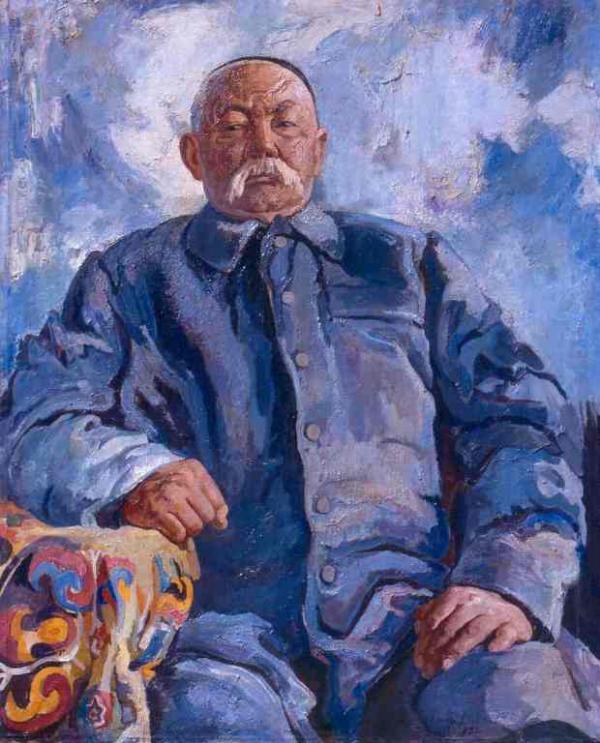 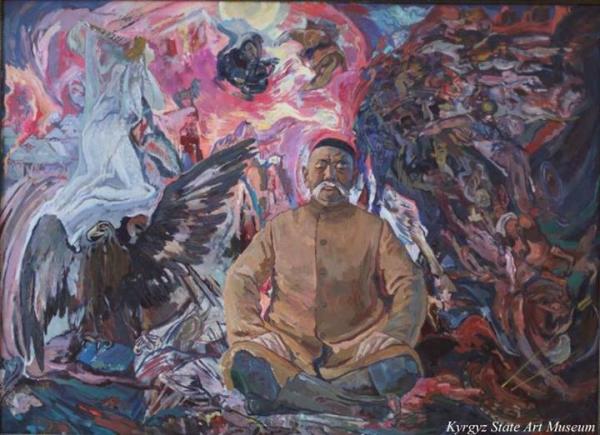 He also tried to understand the phenomenon of manaschy and define their importance at the epos "Manas", which he did in his two pieces of work dedicated to manaschy Sayakbai Karalaev. 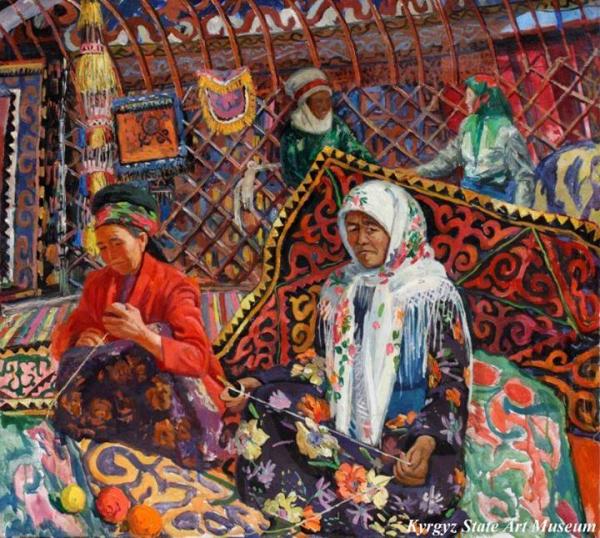 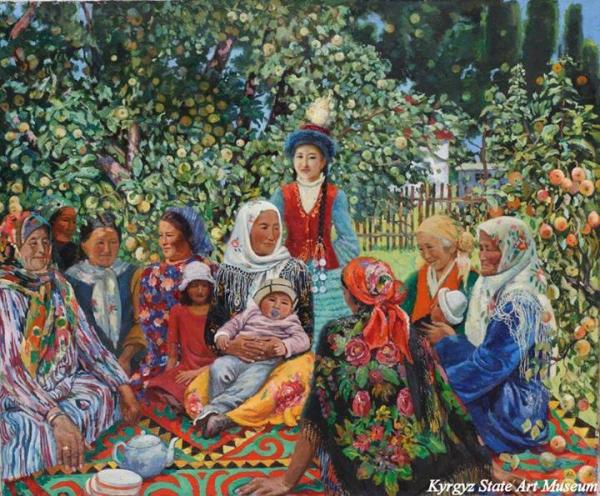 Another his great source of inspiration was national culture, which he loved very much. 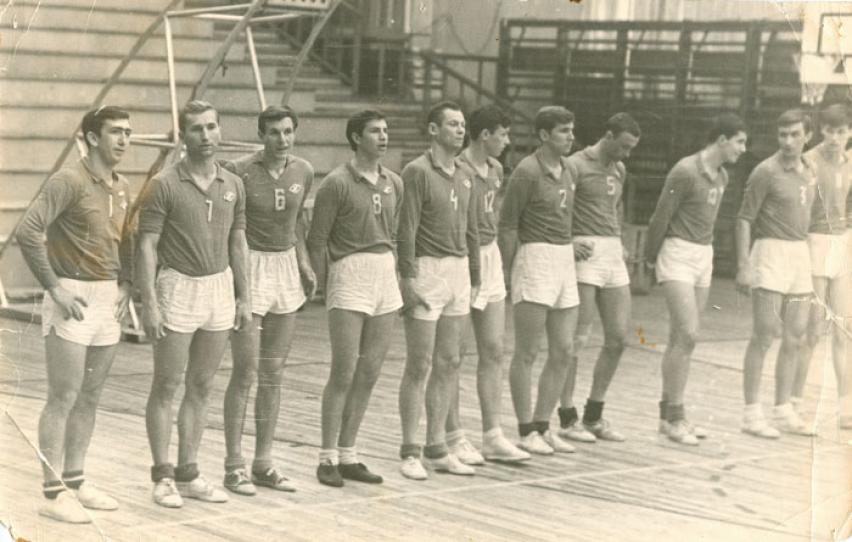 When he was a child he was very sick, teminally almost. In order to overtake the illness he dedicated his early life to sport, played volleyball. At his university years he represented national team of Kyrgyzstan and Leningrad team. 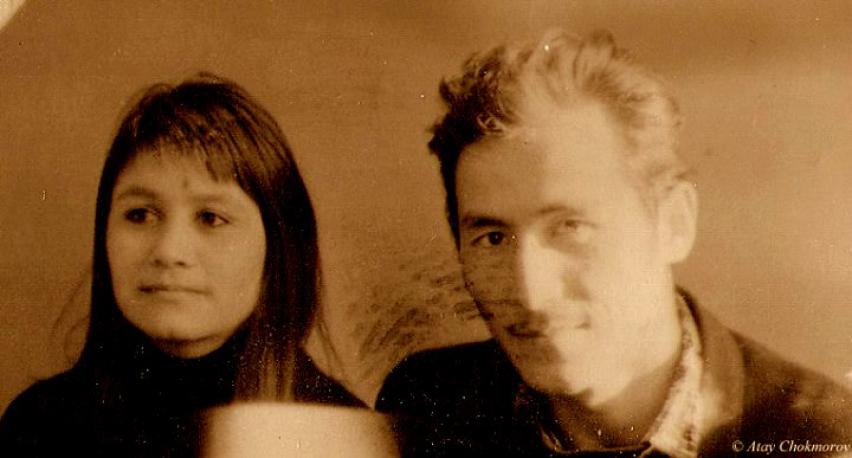 He remained in our memory as an admirable actor, artist and just a man, that every human wishes to be like him, a familyman, an inspirer.

These sources were used for our publication: