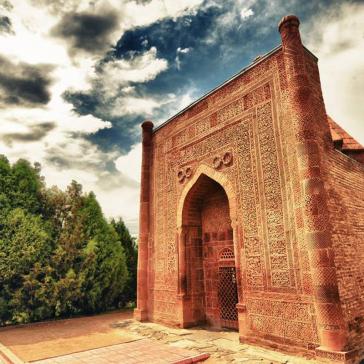 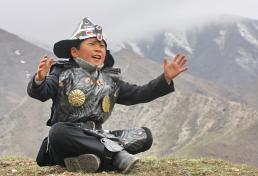 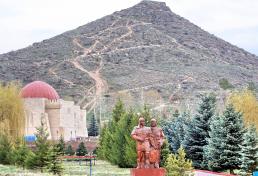 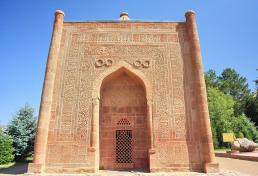 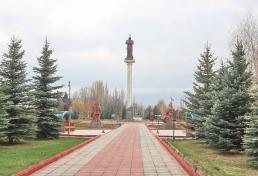 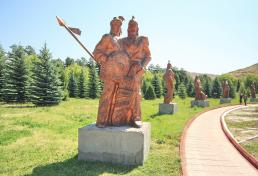 One of the most famous monuments of the past, the Gumbez of Manas is located 22 km to the north-east of the town of Talas. It is a mausoleum about 11 m high, which occupies the area of about 50 sq. m. Despite its small size, the Gumbez of Manas has a majestic and charming look.

The mausoleum was built of brick, decorated with Kyrgyz national ornaments and Arabic inscriptions. The top of the mausoleum is covered with a pointed dome. One of the inscriptions on the facade states that here was buried the daughter of a wealthy Emir (ruler) of the Middle Ages. However, according to legend, this mausoleum was built by masters of Bukhara and Samarkand on orders faithful Kanykei, the wife of the legendary Kyrgyz hero Manas.

To divert the attention of Manas’s enemies, there was made the inscription that this is the tomb of a rich girl. Now the Gumbez of Manas is the greatest treasure of the national culture, history and architecture, especially revered by Kyrgyz people.