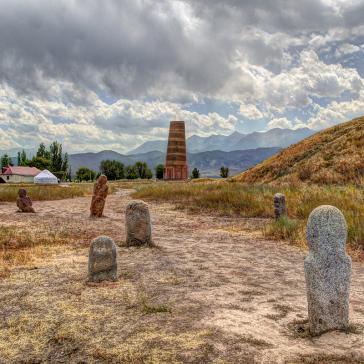 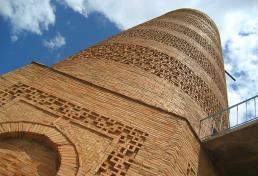 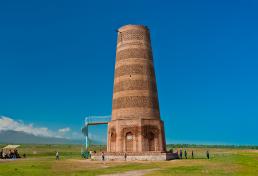 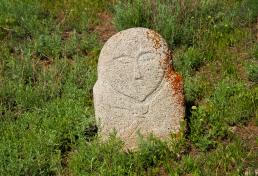 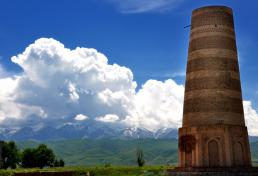 The Burana Tower is located within a large archaeological and architectural complex near Tokmok, 80 km to the east of Bishkek. This is a unique minaret, built in the 11th century in the medieval town Balasagun, the capital of prosperous Karakhanid State. Once near the tower stood a mosque and a minaret which was used to call people to pray.

The height of the tower is about 25 m, while in the Middle Ages, it was more than 40 m. It is assumed that a part of the tower was destroyed by an earthquake in the 15th century. You can climb the stairs to the top of Burana, where you’ll be able to enjoy wonderful view of the surrounding valley.

On the east side of the tower there are the remains of mausoleums. Along the perimeter of the museum complex you can find ancient Turkic stone sculptures.

Tour through Silk Road to Torugart