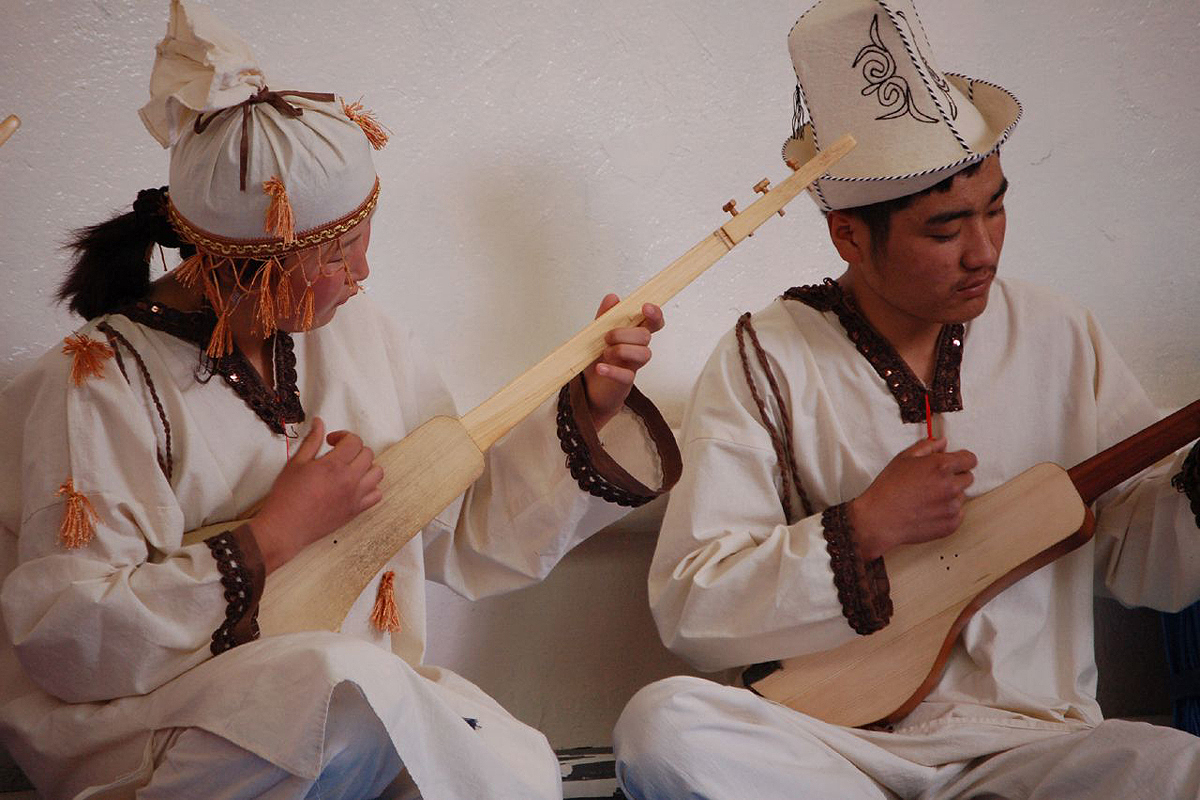 Since ancient time music played an important role in the life of Kyrgyz people. Any holiday in the village did not do without music, and young and old people gathered to listen to wonderful tunes of master musicians. Kyrgyz people, like any nation, have their traditional musical instruments, reflecting the unique national character.

The most widely used instrument is komuz. It is made by skilled craftsmen from a single piece of wood (usually juniper, apricot or walnut). Its length does not exceed 80-90 cm. Komuz has three strings. It is usually played while sitting: A musician is keeping the instrument in a horizontal position, the left hand is holding the strings on the neck, and fingers of the right hand are running over them. Komuz can be tuned up in different ways. Musicians can play cheerful and sonorous melodies and lyrical motives, taking the soul as well.

Another well-known musical symbol of Kyrgyz people is temir-komuz, an oral stringed musical instrument of arched shape. The fact that it is made of metal reflects its title (temir in translation from Kyrgyz menas “iron”). The sound emitted by this musical instrument is unusual, but it is very soft and charming. Women and children often play the temir-komuz.

Kyl-kyak is a bow musical instrument with two strings. It is made of juniper or apricot tree wood, strings and bow are made of the finest horse hair. Musicians play on kyl-kyak, holding it upright on the lap and moving the bow. The sound of this music is quite specific. It’s hollow, but in some ways resembles the tone of the human voice.

Chopo-chor is a kind of wind instrument made ​​of clay. It was popular mainly in the southern agricultural regions of the country. It is an elongated tube with openings which are periodically covered with fingers during the process of playing it.

National drum is called dobulbash. It has a diameter of about 30 cm, and covered with camel skin on the top. It gives very sonorous rhythmic sound that can be helpfull during military campaigns or magic rituals.

As you can see, all national instruments are made of materials and items that are available in a nomadic household. This gives musical instruments unique flavor and spirit of nomadic freedom.