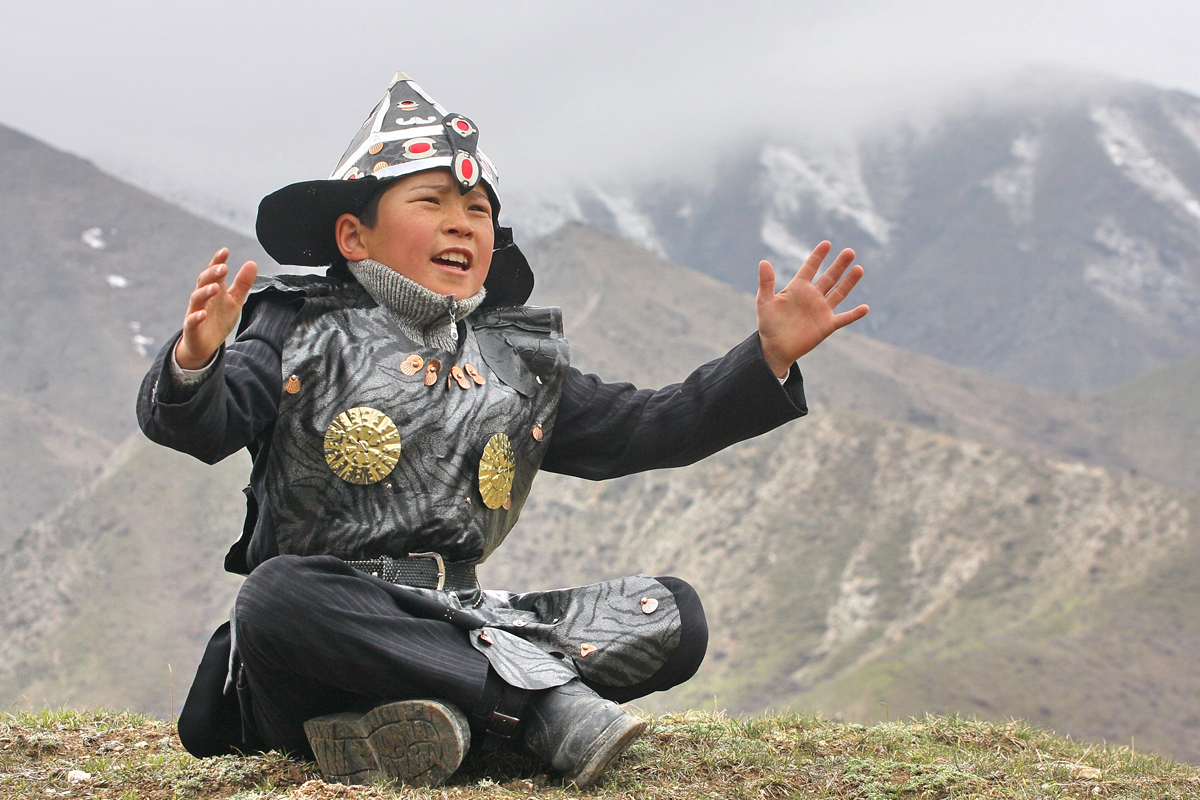 The Epic of Manas is a great masterpiece of folklore of  Kyrgyz people. It is the longest epic poem in the world. In one of its iterations it consists of more than 500 000 lines. In 1995 people of Kyrgyzstan celebrated the 1,000th anniversary of the Epic of Manas.

Throughout the ages the Epic of Manas went the round, enriching and getting new shades, but keeping a clear storyline. True skill of the narrative work was achieved by national storytellers called “manaschy”. They can tell fascinating stories about the great hero Manas and his exploits for many hours. Each manaschy has his own style of presentation and his own interpretation of the events of the epic, but all of them keep to the same storyline. Currently 35 different iterations of the epic are known. They were written from the words the famous and skillful narrators S.Orozbakov, S.Karalaev, Togolok Moldo and others.

The main character of the epic is the hero Manas who united Kyrgyz people in the struggle for independence. By the way,the main idea of the epic is closely connected with the pursuit of independence, consolidation and prosperity of the nation. The epic poem consists of three parts that reflect the lives of the people in three generations. The first part tells about Manas and the fight for his motherland. The second part is devoted to his son Semetei and his exploits. iI the third part of the epic the plot is built around Manas’s grandson Seitek and his efforts to unite the people.

The Epic of Manas is not only the greatest work of national folklore, but also a storehouse of knowledge about the life of Kyrgyz people of that period (9th-10th centuries). It describes all aspects of people’s life, economy, customs and traditions. It provides information on the ethnic composition of the population and the neighboring peoples, their politics and economy.  According to the epic is you can also understand people's conceptions of geography, religion, medicine, and philosophy. The famous researcher Ch.Valikhanov even said that the Epic of Manas was the real encyclopedia of Kyrgyz people.