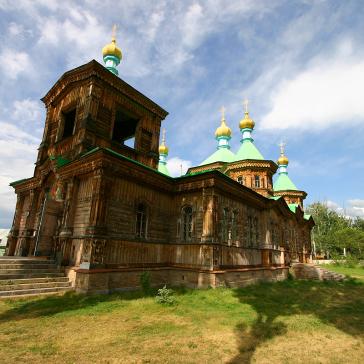 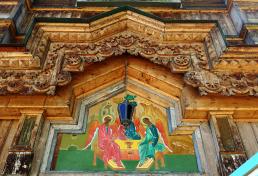 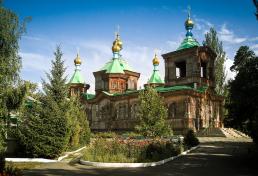 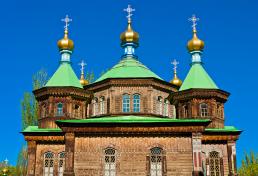 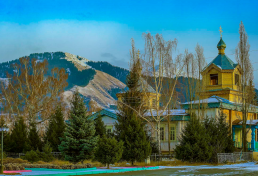 The Russian Orthodox Holy Trinity Cathedral is located in the center of Karakol. It was built of hewn logs in 1894-1895 on the ruins of the brick church. The facade of the church is decorated with carvings, the bell tower is located at the top. On the roof you can see the traditional gilded domes of Orthodox churches.

Holy Trinity Church was built according to the principles of building of six-pillar ancient churches, but it has only four pillars. The church keeps the miraculous Tikhvin Icon of the Mother of God created 116 years ago in Athens, and the relics of the martyrs. Holy Trinity Orthodox Church was renovated in the late 1980s and now it is open to believers and tourists.

Conquering the Trails of the Great Silk Road